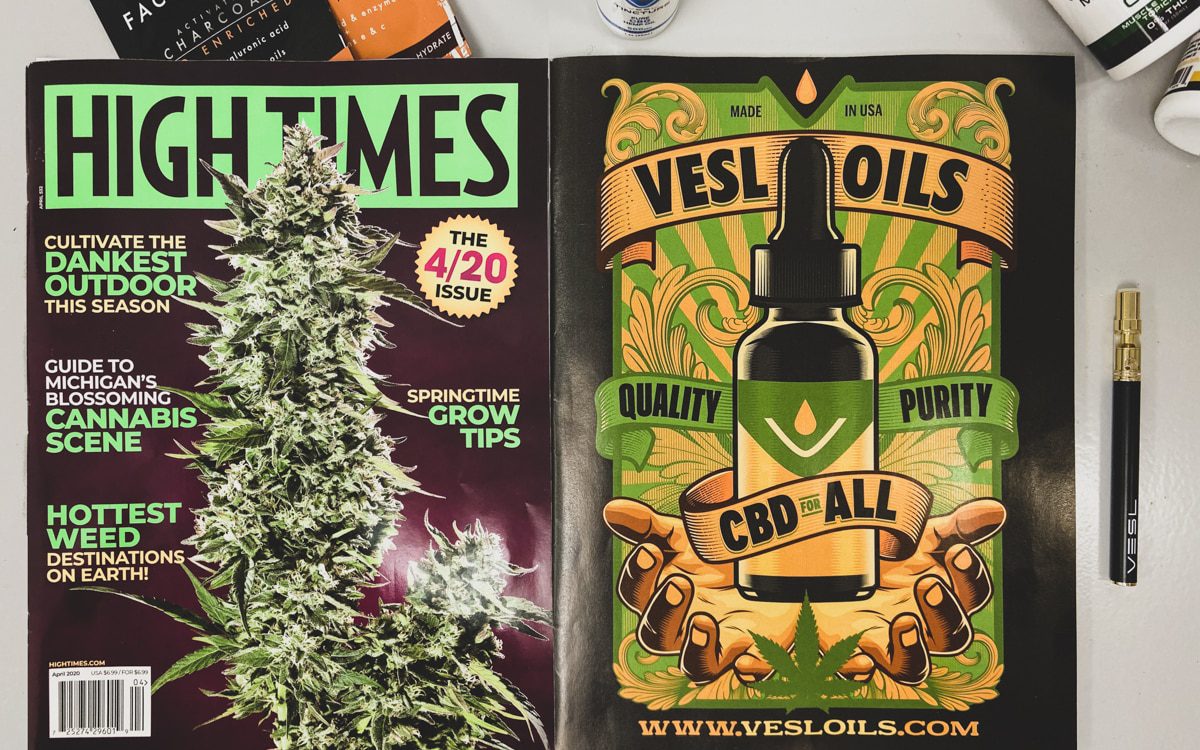 A vision that seemed far away… until now. Vesl Oils meets High Times Magazine, the venture is one of the many moves that Vesl has made this year to propel its mission to bringing CBD for all. The talented team behind the brand has been working hard to make it happen.

High Times Magazine is a trailblazing magazine that started in 1974 by the brilliant underground journalist and Cannabis rights activist Thomas King Forçade. The original idea was to create a one-time satire play of the magazine Playboy substituting naked women for Cannabis.

Thomas King Forçade, also known as Gary Goodson, knew the power of media and ran the Underground Press Syndicate using the money earned from Cannabis to finance the magazine. It was going very well, from the cover of the girl kissing a mushroom and breast dripping in chocolate, to Bob Marley and other celebrities. Unfortunately, 1978 was one of the worst years of the magazine. Thomas King Forçade committed suicide at the age of 33. From then on, High Times Magazine had its ups and downs.

Under new leadership, the magazine started to publish a variety of topics, from cocaine to political issues. This change wasn’t well received by the readers which made High Times Magazine go back to its main topic, Cannabis.

The first Cannabis Cup was started in 1988 in Amsterdam by High Times Magazine. It’s the world’s foremost cannabis festival. The contest allows judges to sample and vote for their favorite cannabis-derived products. Unfortunately, after 27 years 2014 was the last High Times Hemp Cup for Amsterdam.

In 2010, High Times Magazine mounted its first Cannabis Cup in the United States. This has been possible thanks to the increased legalization of Cannabis in many states. Expert judges vote on best sativa, indica, hybrid, concentrates, edibles, and the highest level of CBD in hemp-derived products.

Vesl Oils entered the Hemp Cup 2020 contest, winning an award for best CBD Rich Omega-3 Fish Oil for pets. Vesl strives to offer the highest quality to its customers. Vesl Oils’ mission to provide customers with high-quality CBD products for all has never been more clear and we commit to deliver.